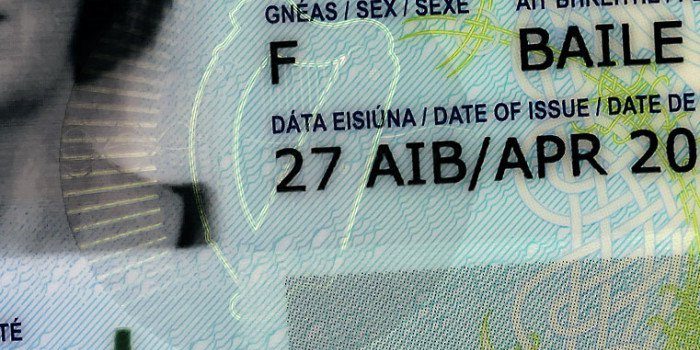 Reconnaissance, the organisers of High Security Printing Europe, revealed the winners of the Regional ID Document of the Year 2016 at a special ceremony during the conference in Bucharest, Romania on 15 March 2016.

The award aims to promote the best in security printing, system infrastructure and implementation of a government passport, identity or other security card scheme.

“The awarding of this prestigious industry award to Ireland for the Passport Card, which I launched last October, is a significant and well-deserved peer- acknowledgement of an Irish-led and Irish-designed project. I would like to extend my congratulations to all involved in the development of the card and in particular DLRS and Absolute Graphics of Bray, HID Ireland of Baile na hAbhainn and Purple Pod of Navan.

“This award recognises that Ireland is at the cutting edge of technological and security developments in the increasingly important and challenging area of identification documentation. As we prepare to Celebrate St. Patrick’s Day and to promote Ireland’s interests across the globe, the award is also a timely reminder of what Irish-led creative thinking and innovation can achieve at a global level.”

Absolute are delighted to have been a partner in the design and production of the card and it’s accompanying app and we are honoured to receive this prestigious international award, which recognises the quality and innovation of the card, and the benefit it delivers.